Excellent 7th place for Fabian Schiller at the 24h of Spa 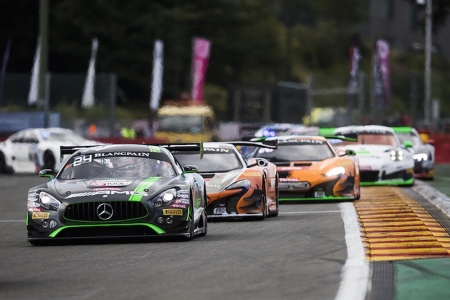 The GT3-driver from Troisdorf even temporarily led the field at the marathon race in the Belgian Ardennes and showed a faultless performanceFabian Schiller did really well at his premiere at the 24 hours of Spa-Francorchamps, his first long-distance classic. With just a lap backlog to the overall winner the Mercedes AMG GT3 crossed the finish line on seventh place. The Troisdorf resident shared the race car with Austrian Dominik Baumann and Swede Edward Sandström last weekend. All in all 63 sports cars started into the long distance marathon on the Ardennes rollercoaster on Saturday at 4.30pm, but numerous accidents and technical problems depleted the field of participants during the first half of the race already. In the end only 35 cars crossed the finish line. The international trio started into the seventh race of the Blancpain GT Series from the rather humble 26th starting position, but Schiller and his two partners already went strong during the starting phase due to constant fast laps and quickly gained position after position. When the first interim ranking happened after six hours of the race, the Mercedes with starting number 85 was on the sixth position. After 12 hours Schiller was on second place, close to the leading driver.  For this,13 overall points were allotted to the Bonn born driver. During the second half of the race the top drivers took turns on the first position constantly. Fabian Schiller collected some leading kilometers early on Sunday morning as well. Within just a few laps, the 20-year-old sports car driver then gained 16 seconds on the leading driver, ex-Formula 1-star Giancarlo Fisichella, in an impressive manner, until the order was changed again due to the different pit stop strategies. With optimal conditions a place on the podium would definitely have been possible for the HTP Motorsport team this weekend, but then the sports car from Stuttgart was involved in a collision during the night, which caused damage to its rear. Later, the team from Altendiez received a crossing penalty, because they had driven forward into the pit during the obligatory, 5-minute brake service, which isn’t allowed according to regulations. “We didn’t have any advantage due to this, but rules are rules”, Schiller’s team mate Dominik Baumann admitted afterwards. All in all, the HTP-drivers lost about one lap due to these incidents and exactly this was what they lacked when crossing the finish line. Still, Schiller’s impressive performance didn’t go unnoticed. He received a lot of praise for his great performance throughout the whole paddock. For HTP-team leader Norbert Brückner, the performance of his team highlighted the joys and pains of long distance racing once again: “The 24 hours of Spa have stayed true to their reputation as the best-manned GT-race of the world once again. The level of performance of the field of participants was unbelievably professional. Therefore a seventh place can’t be valued highly enough. I really have to compliment my team. After the early fallings out of the two other vehicles everyone showed morale and didn’t hang their heads. Dominik, Edward and young Fabian’s seventh place was the well-deserved reward for this.”Fabian Schiller added: “I knew that the 24h-race of Spa was going to be an extreme challenge. But it was such a lot of fun. We started from 25th place and temporarily even led the field. After 12 hours we gained championship points because we were on second place. I’m pretty exhausted now, because I drove two double stints and even a triple stint. But it was a great experience and we achieved a good result with the seventh place in the end.”Text: F. Wagner / Schiller Motorsport – Fotos: HTP Motorsport 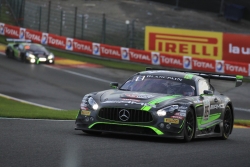 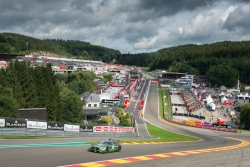 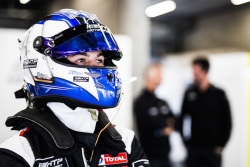 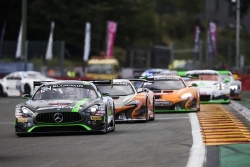 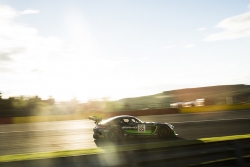